Last year we have seen that when apple launched iPhone 5s, then the distinguishing thing in that smartphone which differentiated it from predecessors like iPhone 5 and successors iPhone 5c, is the feature of Touch ID sensor and now Apple aiming to have same in next device also.

There are suggestions that Apple is working to get improved Touch ID for the next iPhone 6. IPhone 6 is said to have two variations which are 4.7 and 5.5 inch. 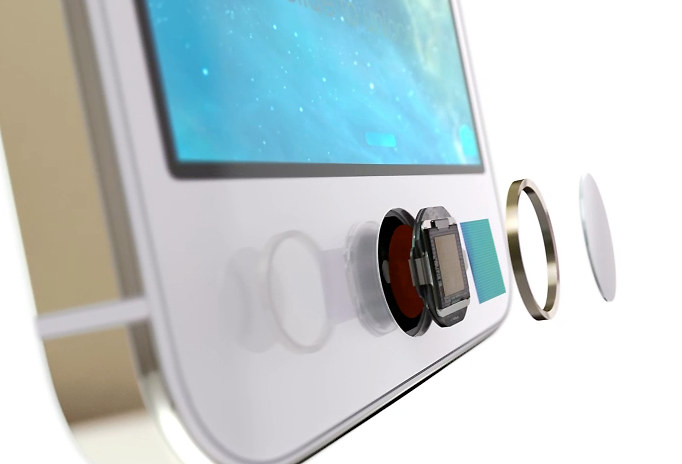 It was reported that the feature of Touch ID will the mainstream not only for Apple smartphones but devices in next generation like iPad Air, iPad mini that having Retina display.

Earlier it was reported by users that Apple has forgotten to have fingerprint sensor in its Apple devices, however Apple updated its iPhone 5s with improved Touch ID fingerprint. The sensorâ€™s shape will be different than current Touch IDs. The newly updated sensor is considered to be more durable as tin is used module packing.

As concerned for PatentlyApple, the trademark filling was refused by USPTO. The perpetrated images showed on Uswitch are claimed to be 4.7iPhone 6 rear Shell which showing the cut out and other internal components of shell which also include antenna.

Apple is said to have working to improve Touch ID itself also there will great improvements in software also in finger printing tech. Using iOS 8 Apple Touch ID will be open using third party software and also downloaded software to be the part of security.

IPassword and payment handlers used in PayPal will able to used Touch ID to give access to users with which no need to learn the lengthy password.

It is suggested that upcoming models of 4.7-inch and 5.5-inch of iPhone 6 are likely to be released on 25 September. It is also reported that iPhone 5.5 will be named as iPhone Air.