Today, we have been hearing some news about the future Samsung Galaxy Tab S. But now we have picture of the tablet along with some of its main features. Although, its final official announcement on June 12th. Galaxy S5 featuring larger size, nice placement of button, camera shape and the Firstly, the Samsung Galaxy Tab S is to be one thin and light tab that measures in at 6.6 mm thin and having weight of 465 g. it resembles with the Galaxy S5 in looking, with the similar decorative texture of Samsung’s leading phone, having a golden-coppery texture decorating the sides of the tablet.

The new uncover features tells that the Samsung Galaxy Tab S will have preinstalled with the isolated computer application which does accurately what the name implies, allows users to gain remotely access to your computer through device Wi-Fi or data connection. The Tab S also lets you to synchronize it with your Samsung Galaxy S phone to permit you to make and take calls directly on your tablet phone. 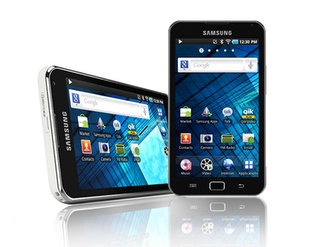 A little window will rise on the Tablet S which will display the caller information, so you can chat and talk and play around on your Samsung tablet at the same time. The Tab S will come in a both 8.4 and 10.5 inch form, and they will appear in multiple colors as well. The Tablet S has the AMOLED screen which supports a 2560 x 1600 resolution. It is motorized by an octa core Exynos 5240 processor. It has 3 GB RAM and 8 Mega Pixels primary camera and a 2.1 front face snapper. The tablets will have some type of ultra-power saver, a download booster and a fingerprint scanner. The tablet offers 32 GB of storage with an expendable micro SD card slot, using Android 4.4.2 Kit Kat out of the case. Samsung Galaxy Tab S will be available for sale by the end of June 2014.