This year we’ve seen the launch of many fantastic Android smartphones with fast flagships, all day battery life. That put some big pressure on Apple to deliver a new iPhone model early as possible. So Finally Apple had launched the iPhone 7 on September 16th, and It is now available in markets. The latest iPhone 7 looks quite similar to its previous models iPhone 6s and iPhone 6s Plus but there many big differences and improvements in the term of design, performance and battery life. 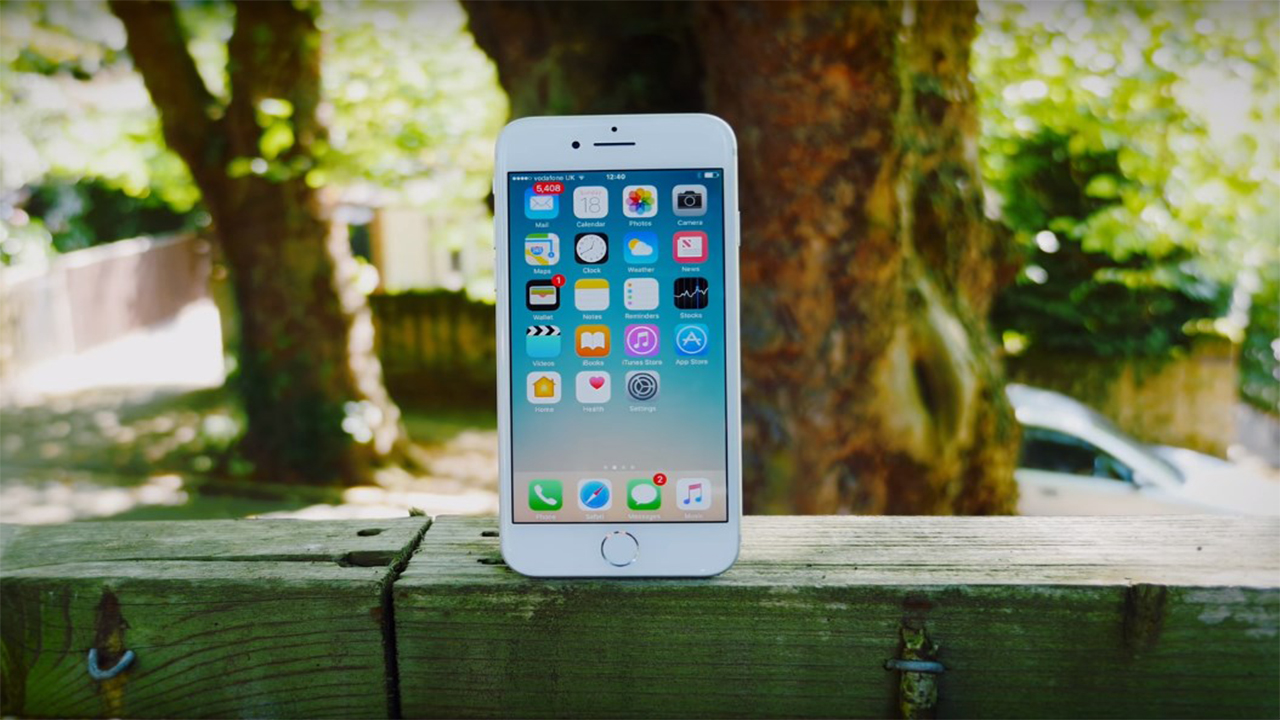 The new iPhone 7 come with a smoother camera bump, tweaked design, a new sensitive and durable home button. It is dust and water resistance smartphone that feel comfortable in hands. Initially, iPhone 7 launched in only 20 countries, but now it is available all over the world.

Apple iPhone 7 is the most advanced and best smartphone we’ve ever created.

That’s what Apple says about latest iPhone 7 and no doubt; it is the most powerful and beautiful iPhone of all time. In iPhone 7, Apple disposed there traditional 32 GB models, and it is coming with 32, 128 and 256 GB.

It is not A paper thin or unusually light, but the fact is that it’s just smooth all the way around makes it fit very nicely in hands. By design, it is very familiar to iPhone 6. Same shape, same dimensions, same weight, same feel on the hands but with some several improvements. 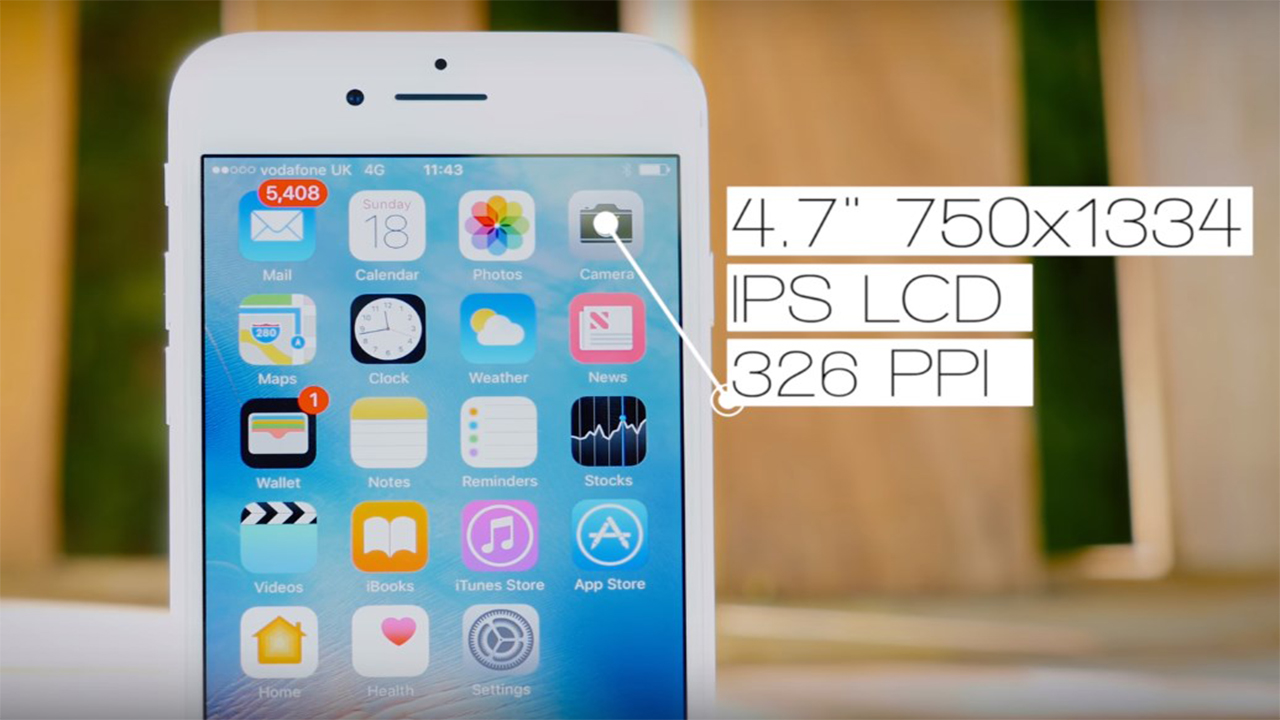 It is a 4.7 Inches smartphone with a matte finish and a deep, high-gloss jet black constructed with strong 7000 Series aluminum. Its resolution is 1325 x 750 pixels which give you the resolution of 326 ppi. And the screen is protected by lon-strengthened glass and oleophobic coating. It is a 7.1 millimetre thick and weighing 138 grams, the iPhone 7 is still looks and feel great in the hands. Its LCD is likely the best LCD screen we’ve ever seen for colour and brightness but still losses of AMOLED displays for contrast. The iPhone 7 have a much wider colour gamut than all the previous models.

The retina pixel density of iPhone 7 is excellent for day to day activities. Those who want to get their hands dirty on phones or are interested in trying out some virtual reality will be disappointed in this 750p resolution.

The Home button is completely redesigned. It isn’t the button at all, and it is the one of my favourite new feature in iPhone 7. the new Home button works on phone’s vibration system just like touch button, and it can be customized. It is now more responsive, durable, and sensitive. The new button is similar to force touch trackpads in the new MacBooks. It won’t take user long to acclimate. Manual buttons on older iPhones feel a bit clunky.

The new black model of iPhone 7 is awesome. It is created with bead-blasted aluminum, and it has a deep matte finish. It is tough to find that from where aluminum starts and from where glass starts. But the black colour model is only available in 128 GB and 256 GB phones. 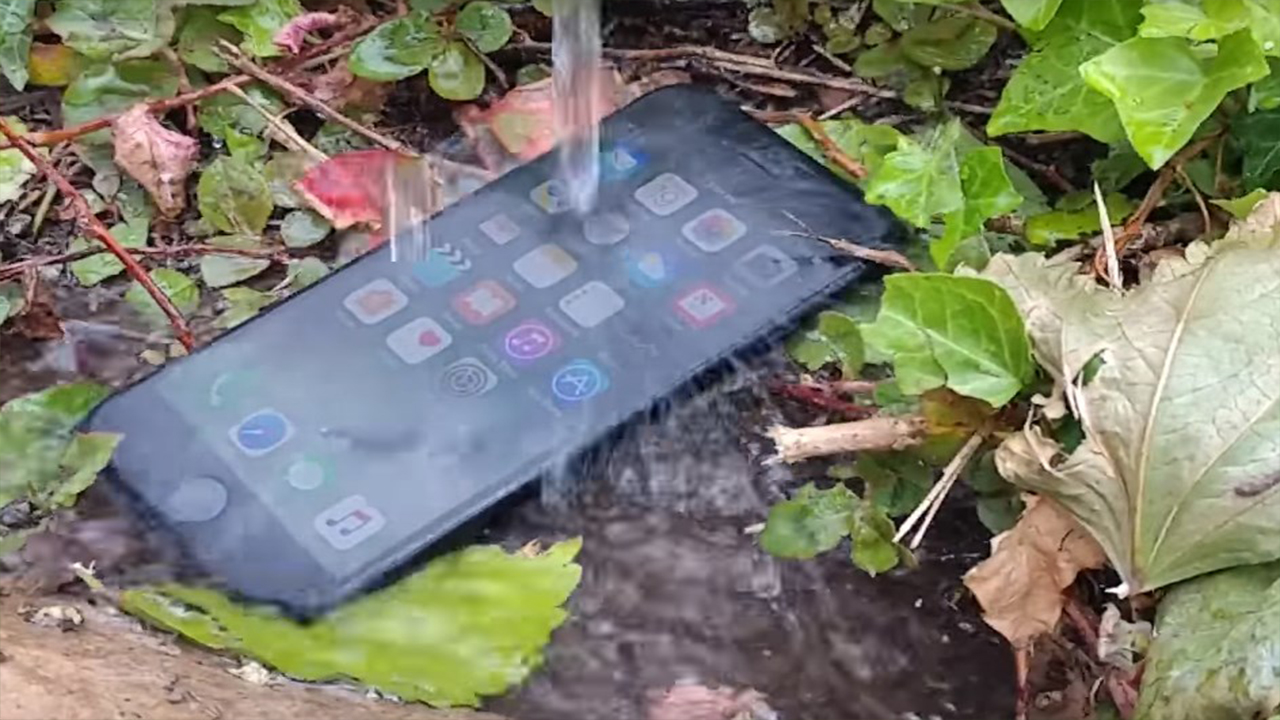 The iPhone 7 is now officially water and dust resistant. It can survive being under 50 meters of water for up to 30 minutes. So you can totally use it in the rain or shower with it.

In iPhone 7, we’ve got a new quad-core Fusion processor which is insanely fast. The RAM is 2 GB while Internal capacity is 32 GB, 128 GB and 256 GB. The iOS 10 is this model is faster and better than ever. Its screen always been colorful, bright and clean at the same time. Not too many things in iOS 10 have changed since iOS 9. Everything still opens up as individual application whether it’s the weather, the news or the settings. On the other hand, with the iOS 10 update, 3D touch is not integrated seamlessly. It adds tons of functionalities and things that you just could not do before. 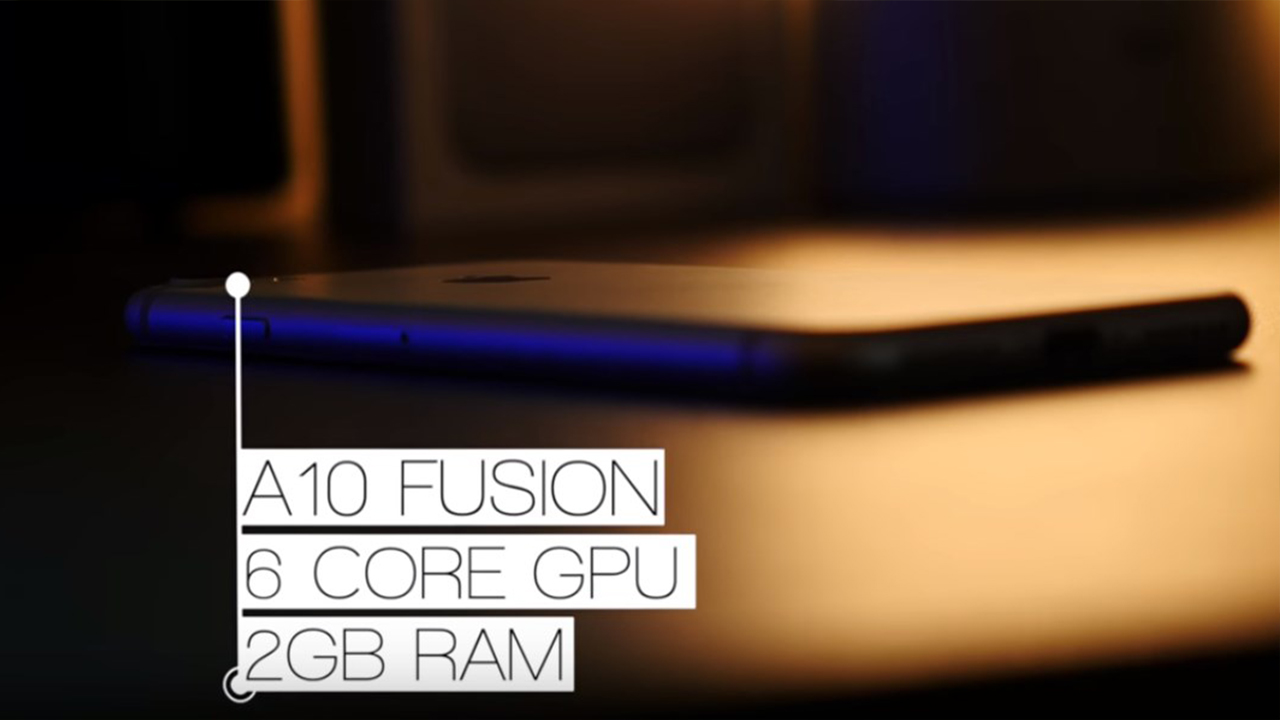 With the most powerful A10 Fusion chip, you phone become two times faster than iPhone 6s. The most amazing thing about this handset is that enable every fast processing with Fusion A10 whenever the user needs it and disable it whenever you don’t it.

With the longest battery life of iPhone 7, You will get more time between charge than previous iPhones. Its battery power is 1960 mAh, and it keeps your phone ON for at least 24 hours. 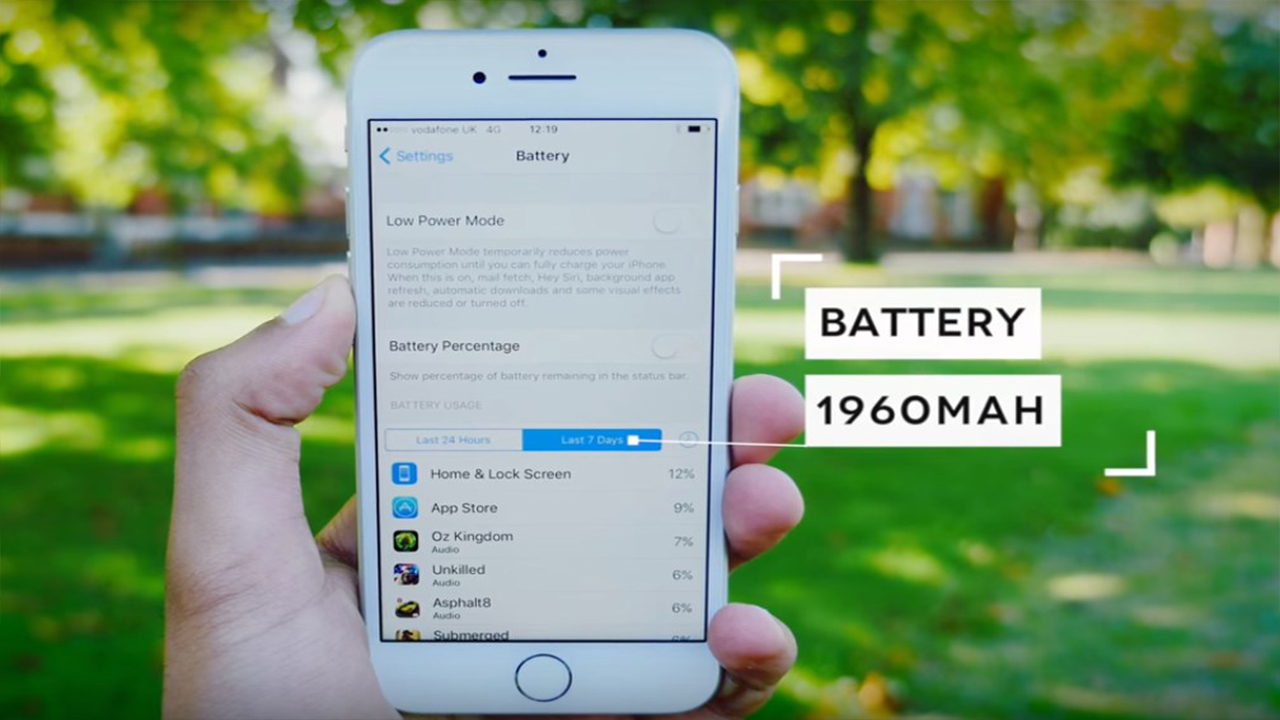 The new iPhone 7 is just a little bit more intelligent. It now integrates better with the part app like Google Map. You can even give a complex command like “Show me the photos I’ve taken recently which have grass in them”. and your phone will show them on screen.

There are a lot of new functions added to the camera. The new iPhone 7 has a 12-megapixel camera with f 1.8 aperture, optical image stabilization and a couple of new things like the new image processing chip, Quad LED flash, raw image capture which is awesome and a new beautiful camera bump on the back. 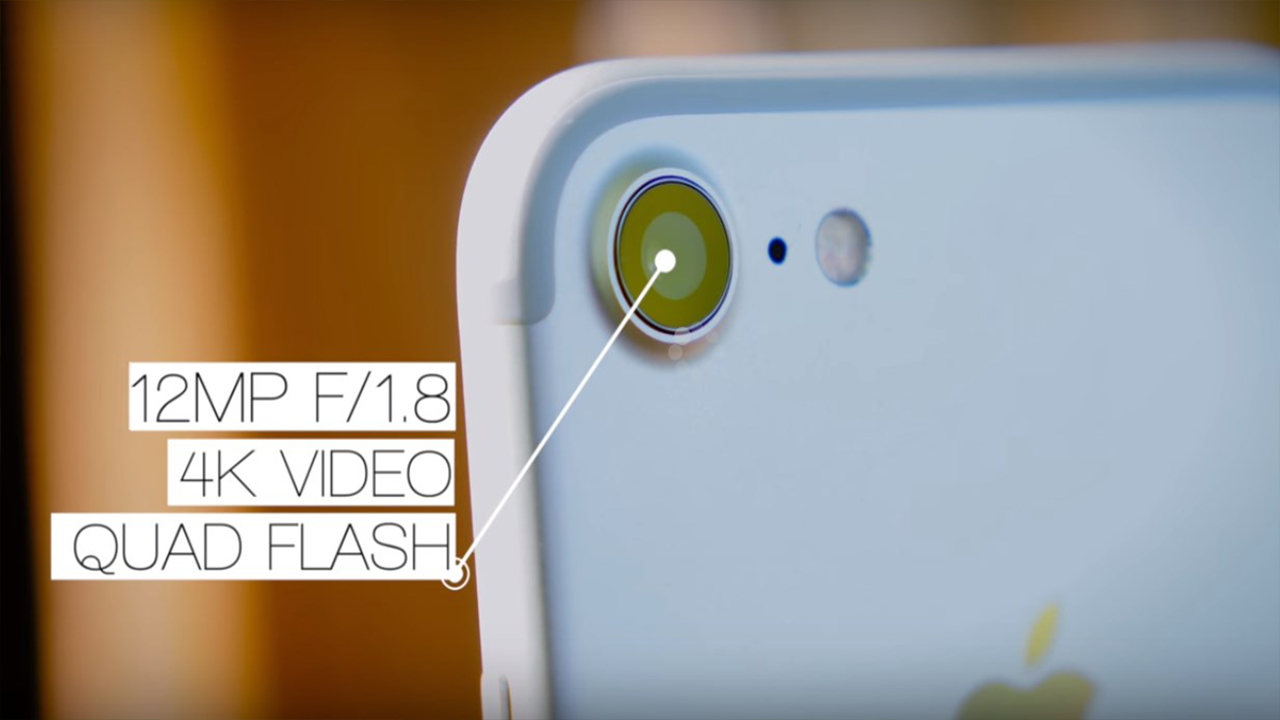 The new camera got much wider aperture at f 1.8, and the sex-element lens is making the camera much better in low light. Now you can capture picture and video more nicely with iPhone 7 camera even in low light.

Optical image stabilization is making the exposure of iPhone’s camera three times longer than iPhone 6s. It is helping the camera to capture and counteract every moment.

F 1.8 aperture allows the 50 percent more light on camera sensor as compared to iPhone 6s. SO with this larger aperture, you can even take photos and videos in very low light. Quad LED flash is located on the right side of back camera bump. It automatically adjusts everything according to light, environment, etc. and this LED light is 50% brighter than iPhone 6s camera.

The video recording power of iPhone 7 is much better than iPhone 6. With f 1.8 aperture and Optical image stabilization, you can record a high-resolution video up to 4k. The larger aperture allows recording videos in low light. With Slow Motion, Option Make your favourite moments longer in slow motion.

There is also a new 7-megapixel front facing camera that looks a lot better than previous iPhones. It also got a high-quality resolution and a larger aperture. The new front-facing camera includes faster focus and auto white balance. The wide color capture of the front camera allows taking more sharper and amazing selfies. 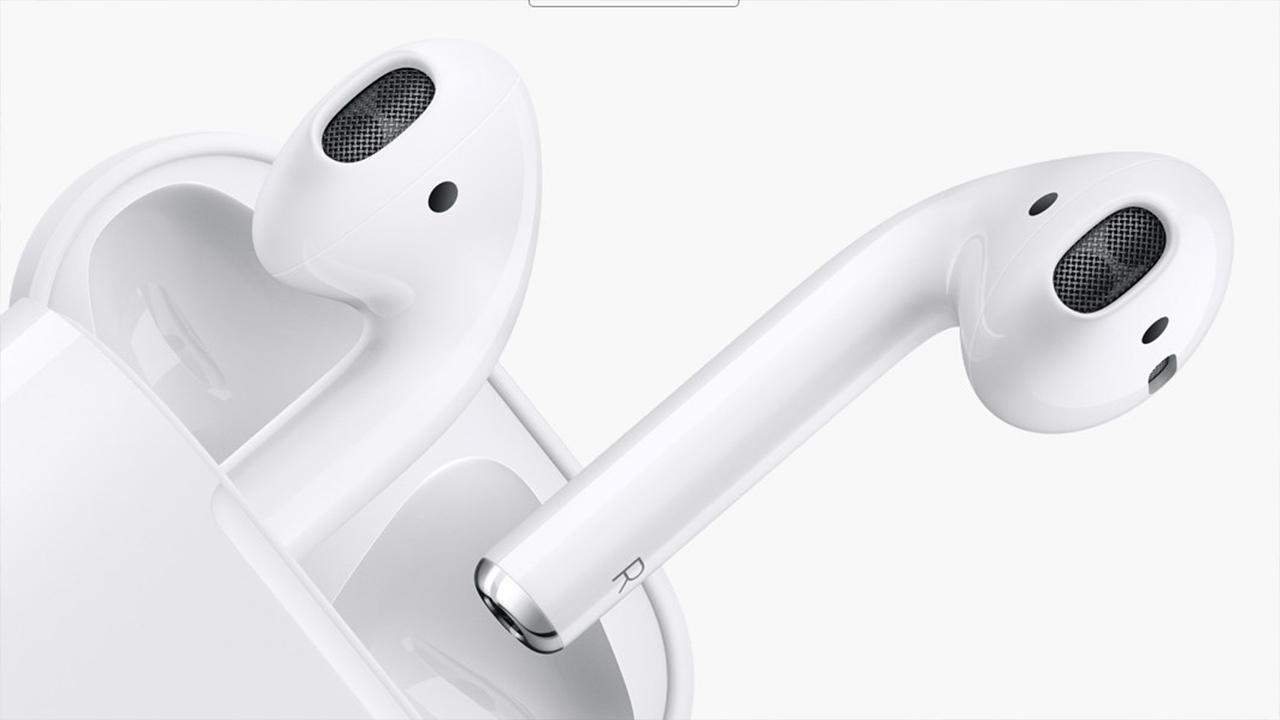 There is no headphone slot in iPhone 7. iPhone 7 come with a wireless AirPods. You need just to take them out of charging box, Put them into your ears and they are ready to use. Using them is very easy. The AirPods automatically starts working when they are on your Air and stop working when you take them out. There is a custom-designed W1 chip in these AirPods. The W1 chip controls your wireless connection, Improve sound and manages battery life too. It’s 15 minutes of charging time is equal to 5 hours of battery life. The speakers of Airpods are superior. It provides you clean, loud and High-quality audio. The good new is that you can use them with all of your Apple devices. The connect automatically to your Apple devices, e.g., iPhones and Apple watches.

For the first time, Apple introduces stereo speakers in iPhone 7. Its audio is two times louder than iPhone 6s and increasing its dynamic range too.

Overall, The iPhone 7 is an excellent upgraded phone. There are few unnecessary or irrelevant updates in it too. The improvements in speed and battery life are great. If you are an Android user, There are not enough upgrades in iPhone 7 that can convince you to switch to iOS.