You are here:- Home/Mobile Apps/Football Heroes Pro Edition
For many smartphone users, the "phone" part matters less than the "smart" part; it's more important to be able to text message friends than make phone calls. Now we can get you more improved and well filtered apps to solve your daily routine matters. Best android email app, best weather android app and many more mobile phone apps under Utilities android mobile apps, travel apps, Health & Education mobile apps can provide you various ease and manipulation with you daily interests. 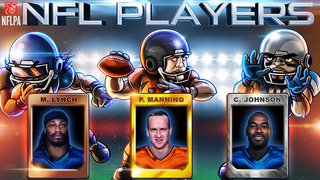 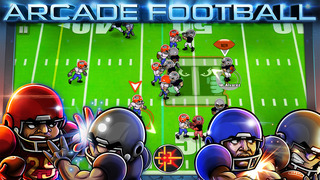 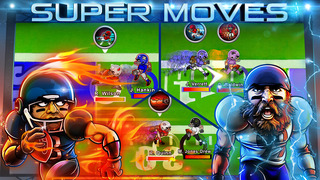 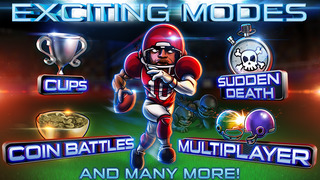 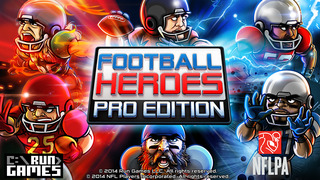 Football Heroes and NFL Players join forces to bring you the hardest hitting arcade football game in the universe - Football Heroes: Pro Edition. Take control of all the action on the gridiron and fight your way to the end zone using skill, strategy, and special moves to smash the competition, level up and bring home the win. Power up your players and customize your roster to build the ultimate football team in the universe selecting from more than 1,800 active NFL players. Football will never be the same again!

“Football Heroes is without question the best American sports portrayal on the app store.” - Touch Arcade

"…the feel of the game is fantastic. The movement is fluid and easy and the gestures make sense. Hilariously, this over-the-top football game is the best controlling football game we've ever played on iOS." - Touch Arcade

"Players move and perform with lots of personality and swagger, especially with the special moves." - Slide To Play

NFL PLAYERS
> Build the Ultimate Fantasy team in the universe. Choose from over 1,800 active NFL players with their own special abilities and attributes.

FULL CONTROL
> Simple touch-screen controls let you control ALL the action on the field: run, pass, spin and tackle -- all at the touch of your fingertips.

MULTIPLAYER
> Play head to head over Wi-Fi or Bluetooth

LEVEL UP
> Level up your players abilities by catching passes, making tackles, and scoring touchdowns.

CUSTOMIZE
> Customize your Team and Players - upload a logo and customize team colors.

MANAGE YOUR TEAM
> Buy and sell Hero Cards, Sub players in and out.

CROSS DEVICE PLAY
> Cross device syncing: play with the same team on your smartphone or tablet.

FREE TO PLAY
> No paywalls or timers.

For technical issues or if you require support please email:
support@run-games.com

Football Heroes® is a registered trademark of Run Games LLC. All Rights Reserved.

This product includes software developed by the OpenSSL Project for use in the OpenSSL Toolkit.(http://www.openssl.org/).

We filter even more valuable smart devices apps for you like best android email app, best weather android app, best android news app, best educational apps for kids and recommended iphone apps that can change the dynamics of your life style.
Setting up excellent use of Football Heroes Pro Edition on your mobile phone, tablet, smart phone or any other smart device may be more compatible to solve your specific problem. If you can overlook some connectivity, health and education, best travel app android, user interface, security and internet issues in your professional life, these free to download apps like Football Heroes Pro Edition adds a convenient way to cope with that problem by your smart device.