After the success of Sony Xperia Z2, There are rumors about Sony new flagship smartphone that is going to be official late in this year is non-other than Sony Xperia Z3, it is expected that it can be released in late September in this year.

There are no official announcements as for, it is suggested that it will be highly packed with best features as best expected by anyone.

In the leaked Screenshots It is expected that may not be Qualcomm Processor and said to be powered by Snapdragon 801 CPU. Smartphone industry has already utilized the power of Qualcomm Snapdragon 805 processor, but it is not included in Sony Xperia Z3. 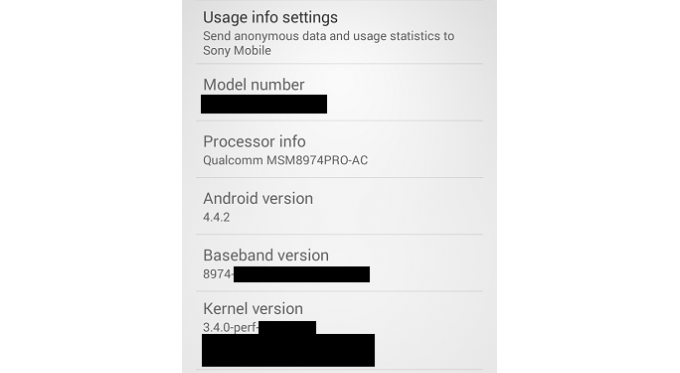 According to XperiaBlog the Sony is powering super-phone that has model no D6653, is depicting Snapdragon 801 MSM8974-Ac chipset with 2.5 GHz clock speed as its processor. It will be packed with 2GB of RAM,

It is also suggested that the handset will have 4.5â€³ full HD touchscreen display and Quad HD panel is expected in front at release. It is said to have best camera of 20.7 MP on back and at front there will be 2.1 MP. Sony Xperia will said to run Android 4.4.4 KitKat OS with 3.4 kernal and build no 23.1.X.XXX. It is also expecting to have water and dust resistant features which needs a confirmation now. 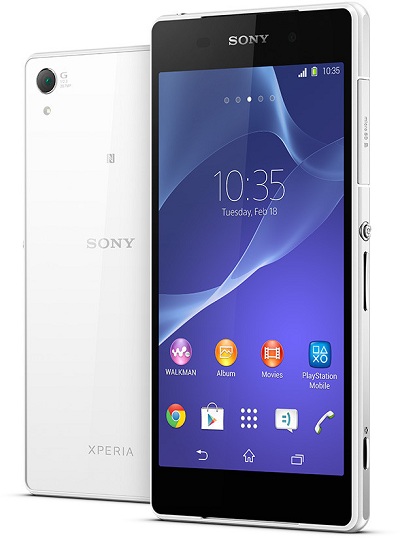 Another this is released which is also not confirmed now; we have to wait for a long time. It is expected to be unveiled in this fall as its habit of exposure of every six months. As leak images are depicting that it is very similar to its predecessors. If Sony continues its trend as of similar specs we can expect this for Sony Xperia Z3 also. All of above information should be considered to be grains of salt as of no official confirmation yet…